My Spirit of America 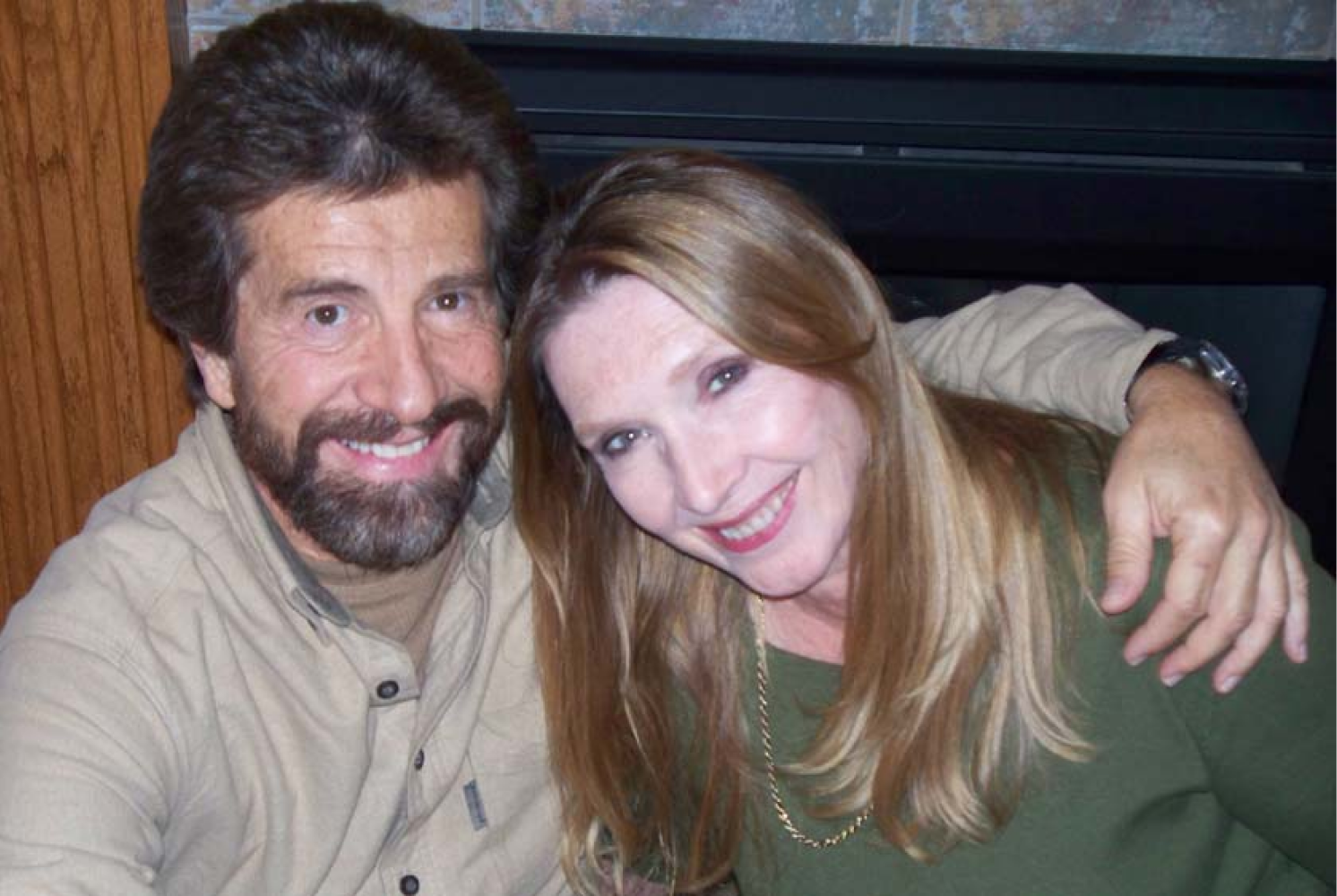 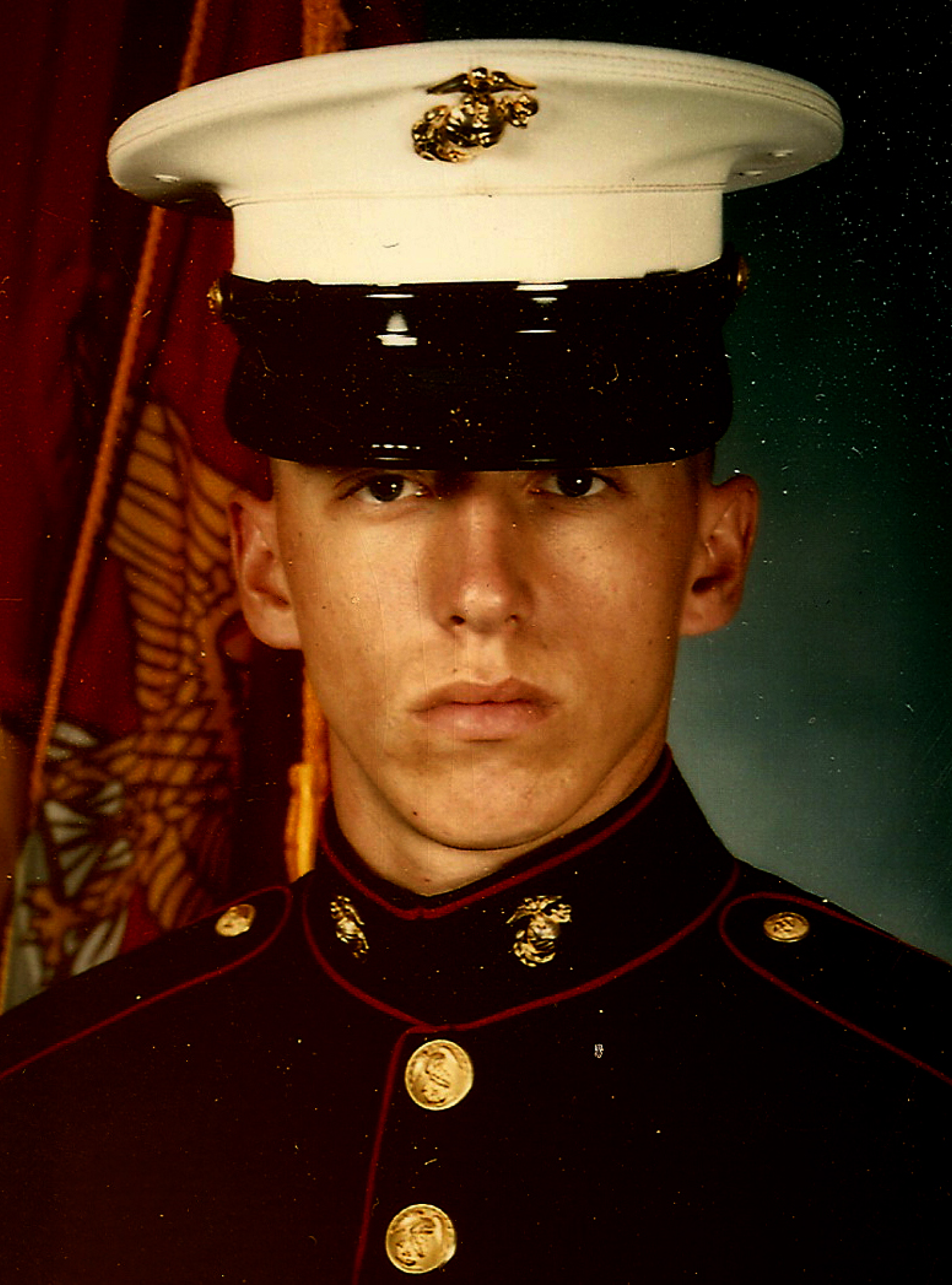 We are both proud of you. 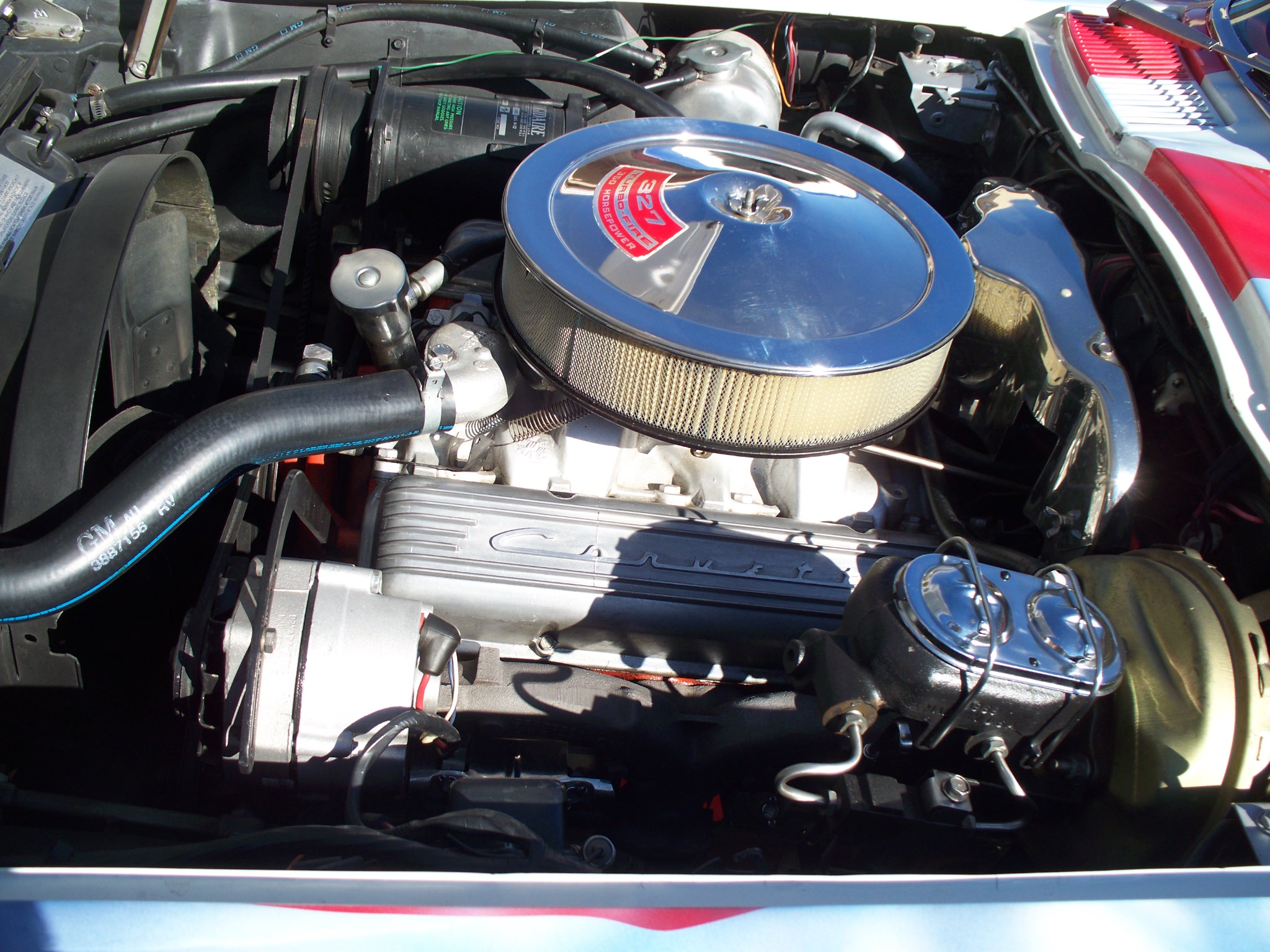 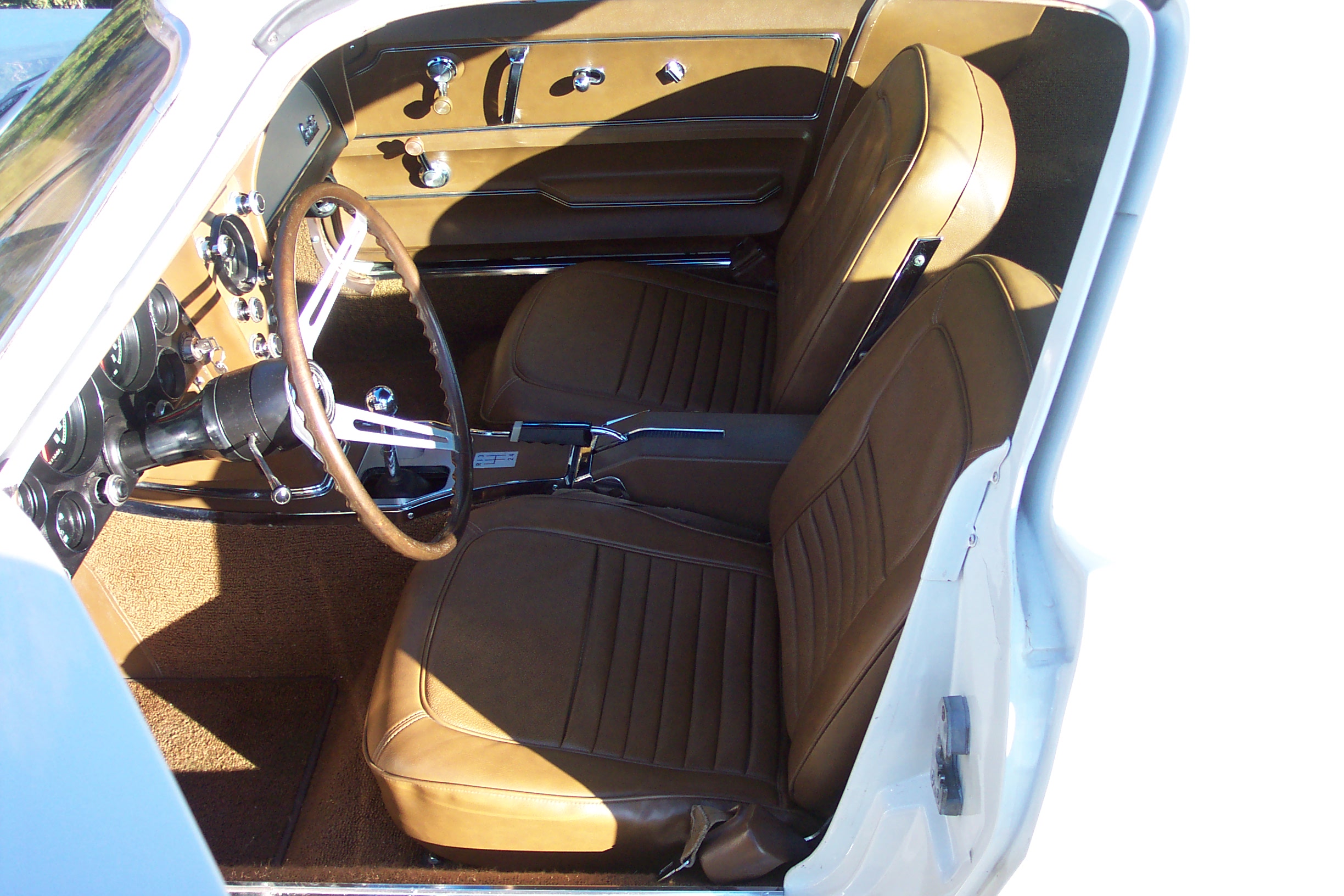 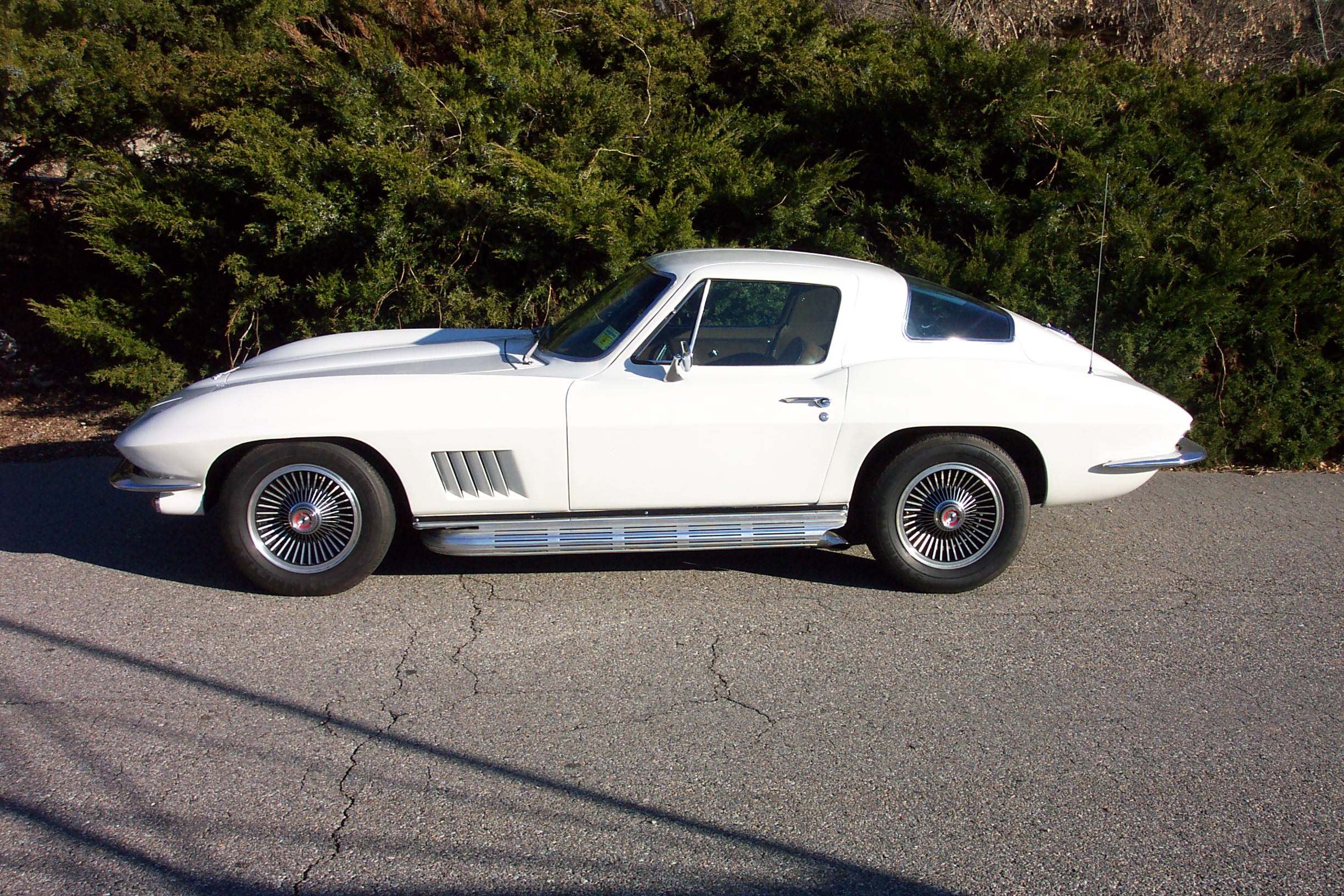 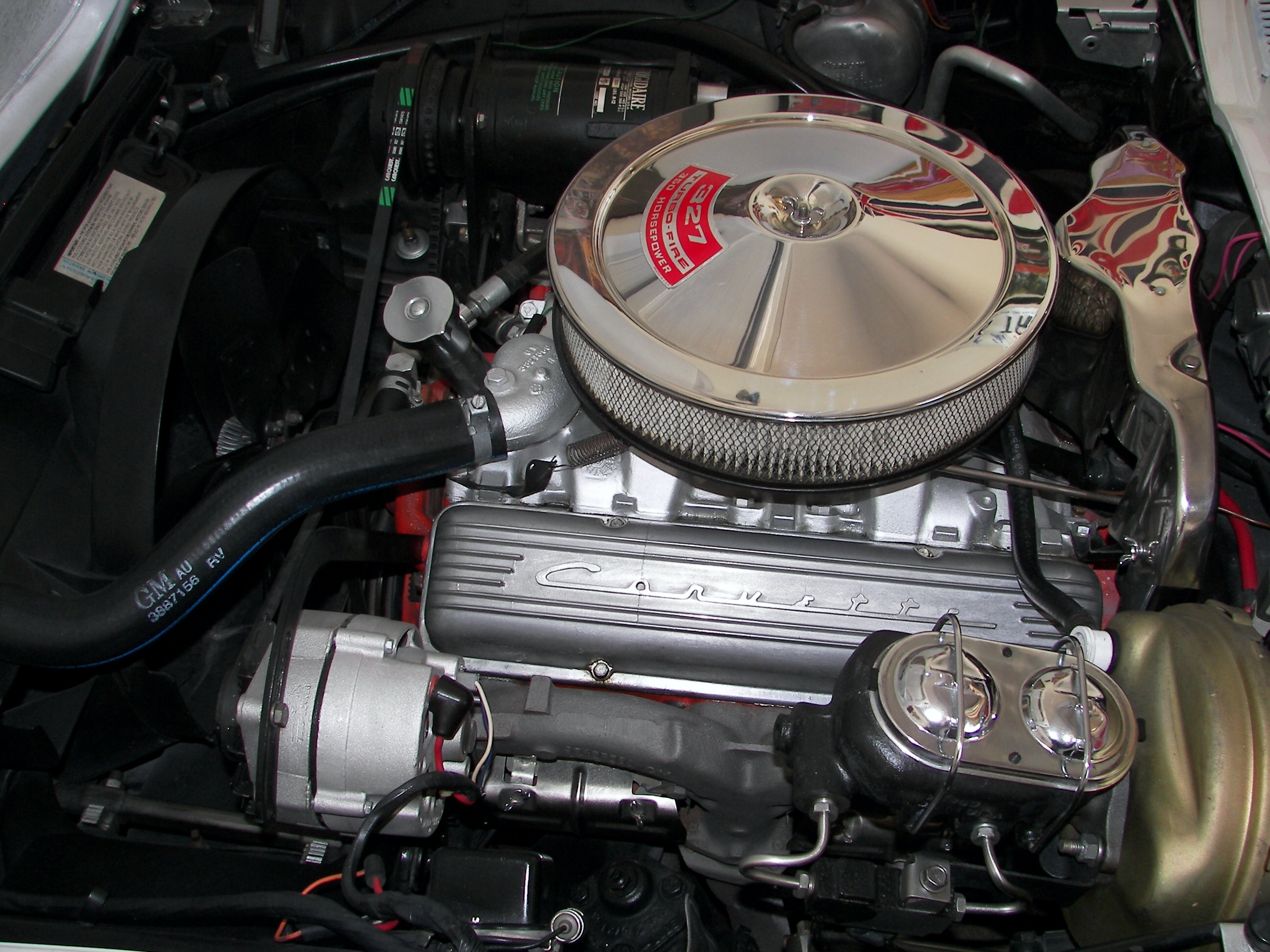 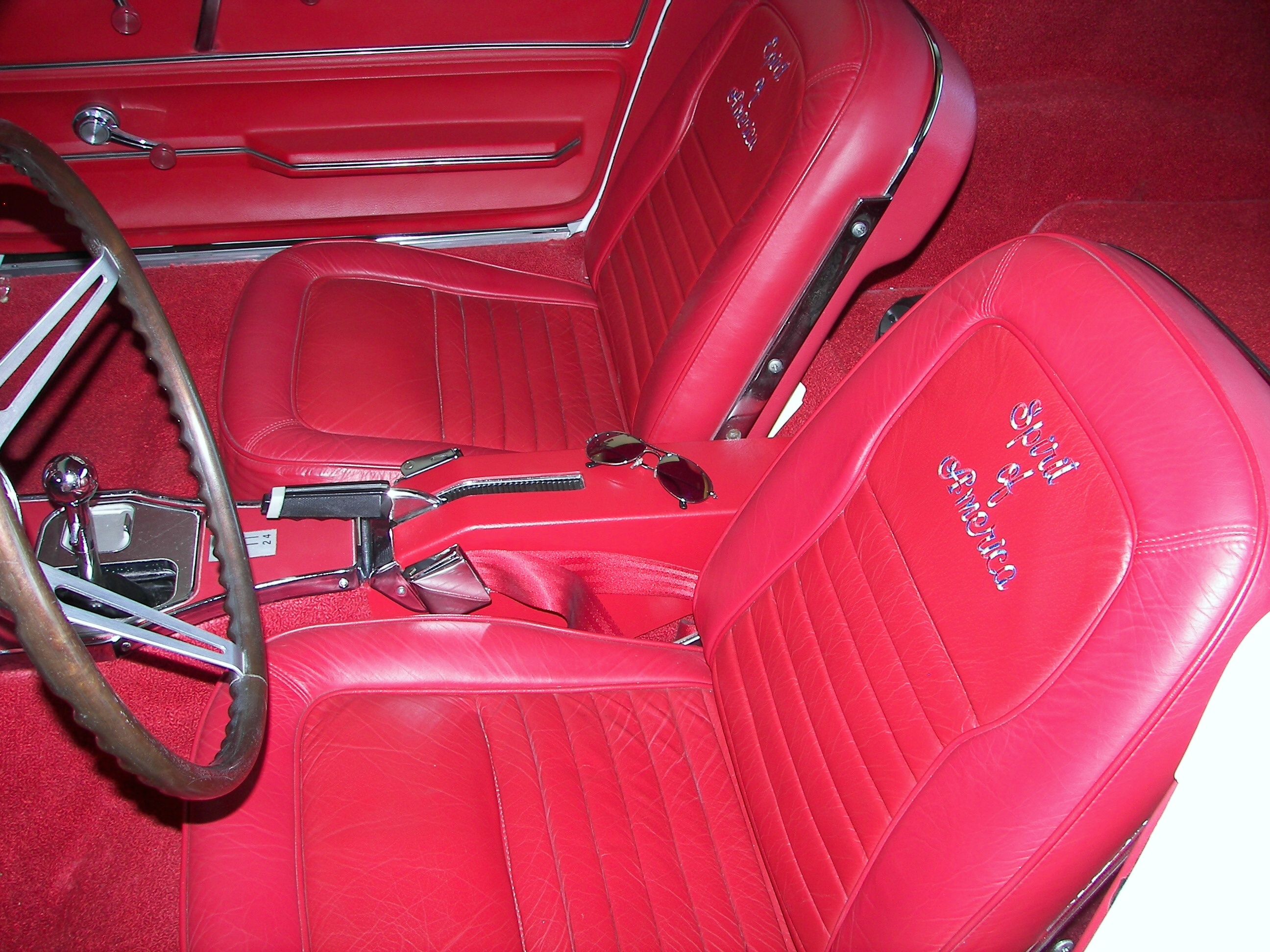 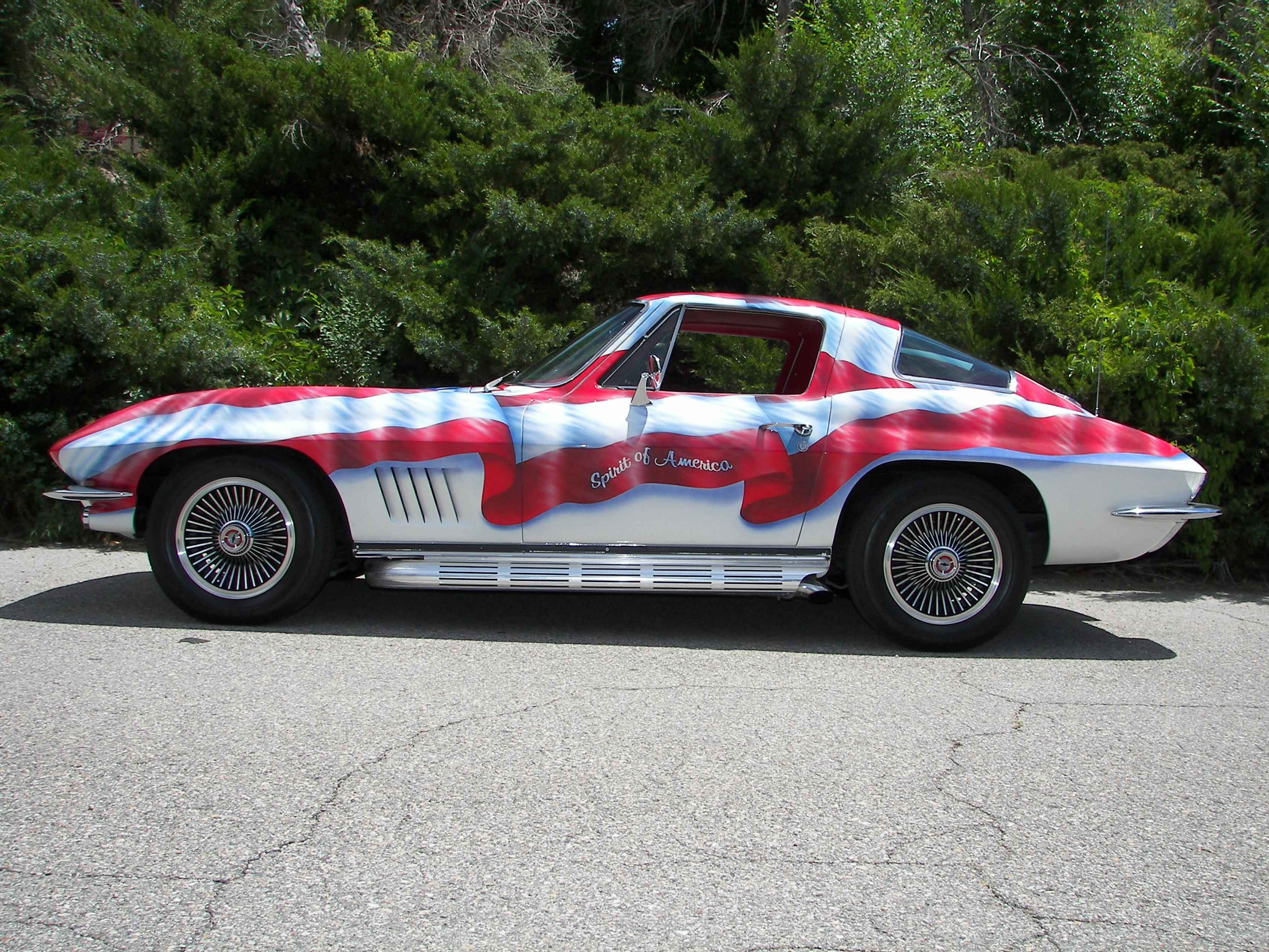 When Jason joined the marines many years ago, we wanted to do something patriotic to show our support for him and all our military and their families for their sacrifices that give us our freedom to pursue the American Dream. Jason served our country for 10 years and is now married with a family of his own.

We transformed our 1967 Corvette into the “Spirit of America”with a hand airbrush painted American flag over the car and then replaced the saddle tan vinyl seats and interior with sound deadening, new red carpet, interior and leather seats. It was completed in 2005 and taken on a section of Route 66 for the maiden voyage. A very good friend with a professional camera and a new production company agreed to follow along both for a project for her and an idea I was trying to do a promo video for possibly a series of specials. That didn't work out but what a great time and good collection to have.  We produced a 1 hour video and decided to post a couple of clips on the website. The car was the original ermine white with saddle tan vinyl seats and interior. The engine is the original “327” 350hp with Muncie 4 speed. It came from the factory with P.S. P.B. Factory air conditioning, side exhaust and bolt on wheels. The car has spent many years going to car shows and charity events mainly to remind everyone to be proud of our country and our military.

Hover your mouse over image to enlarge. 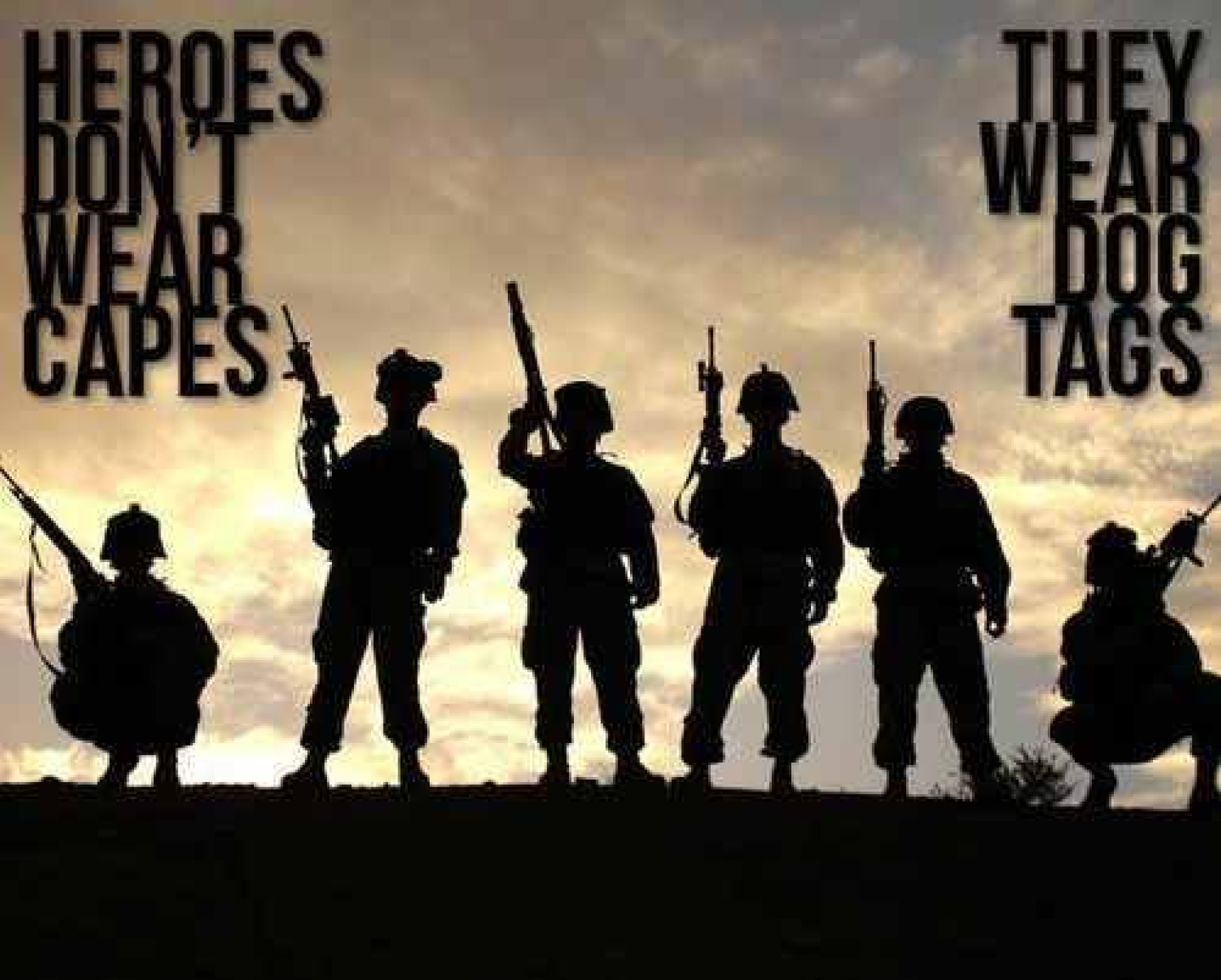 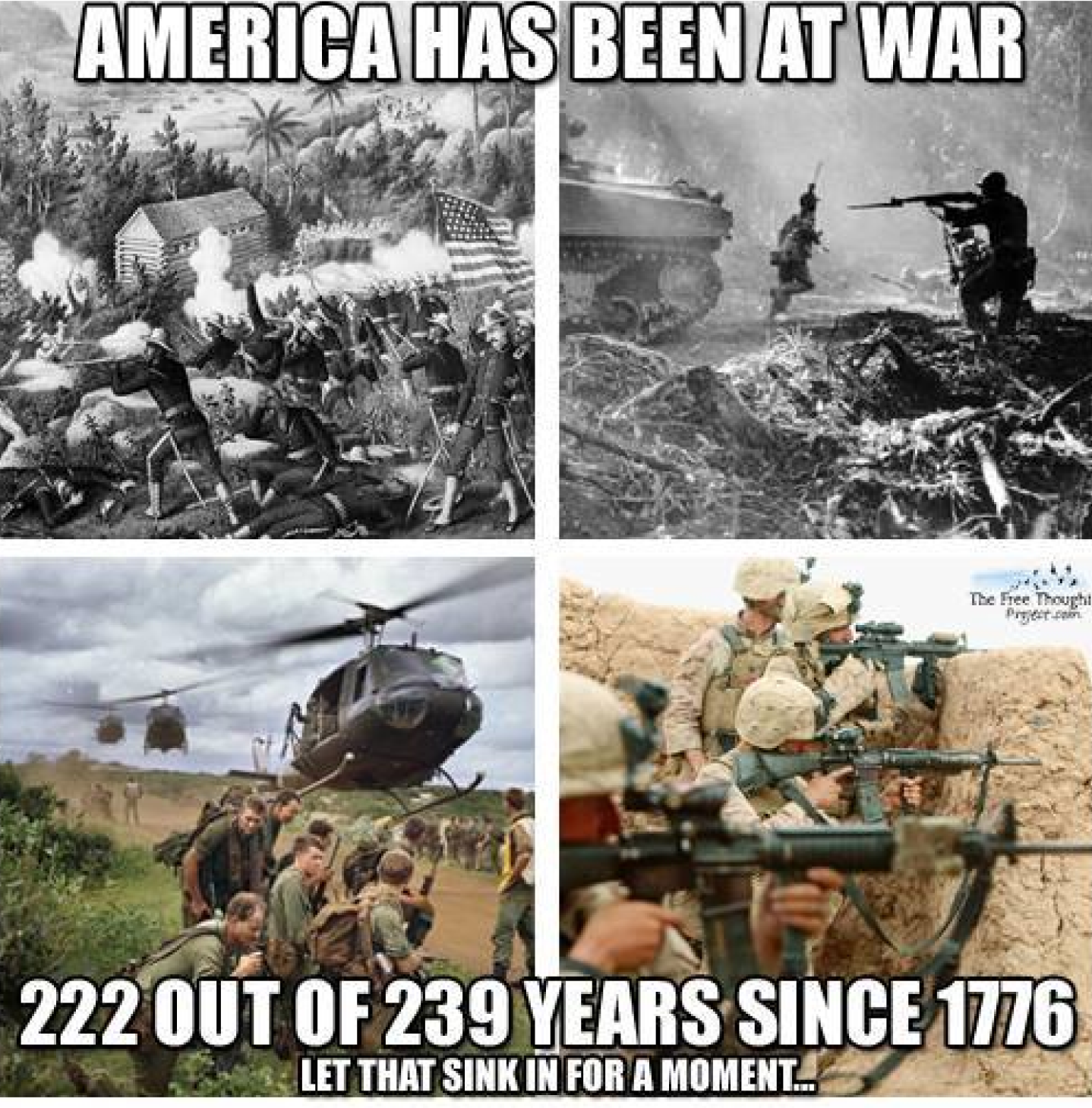 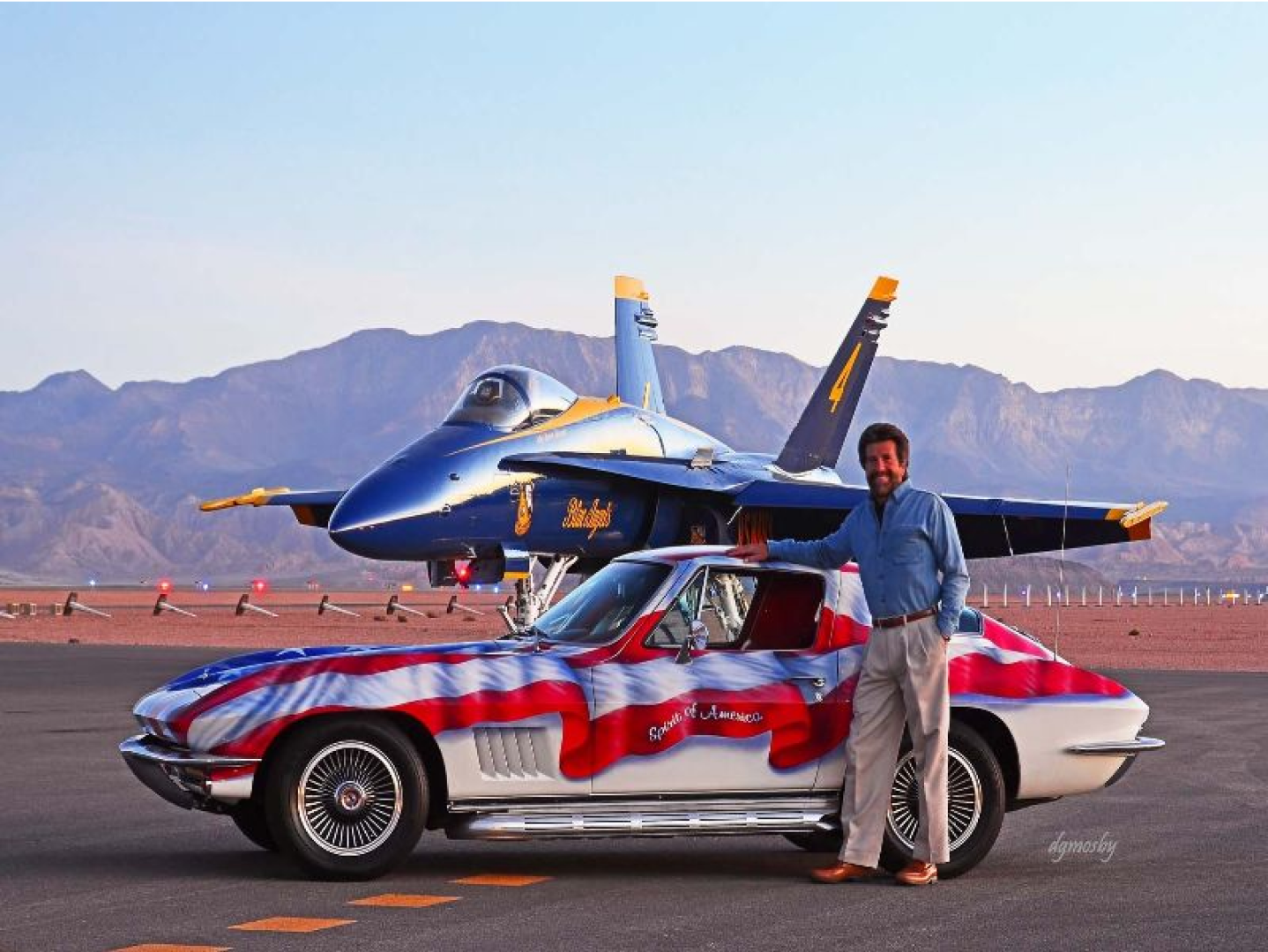 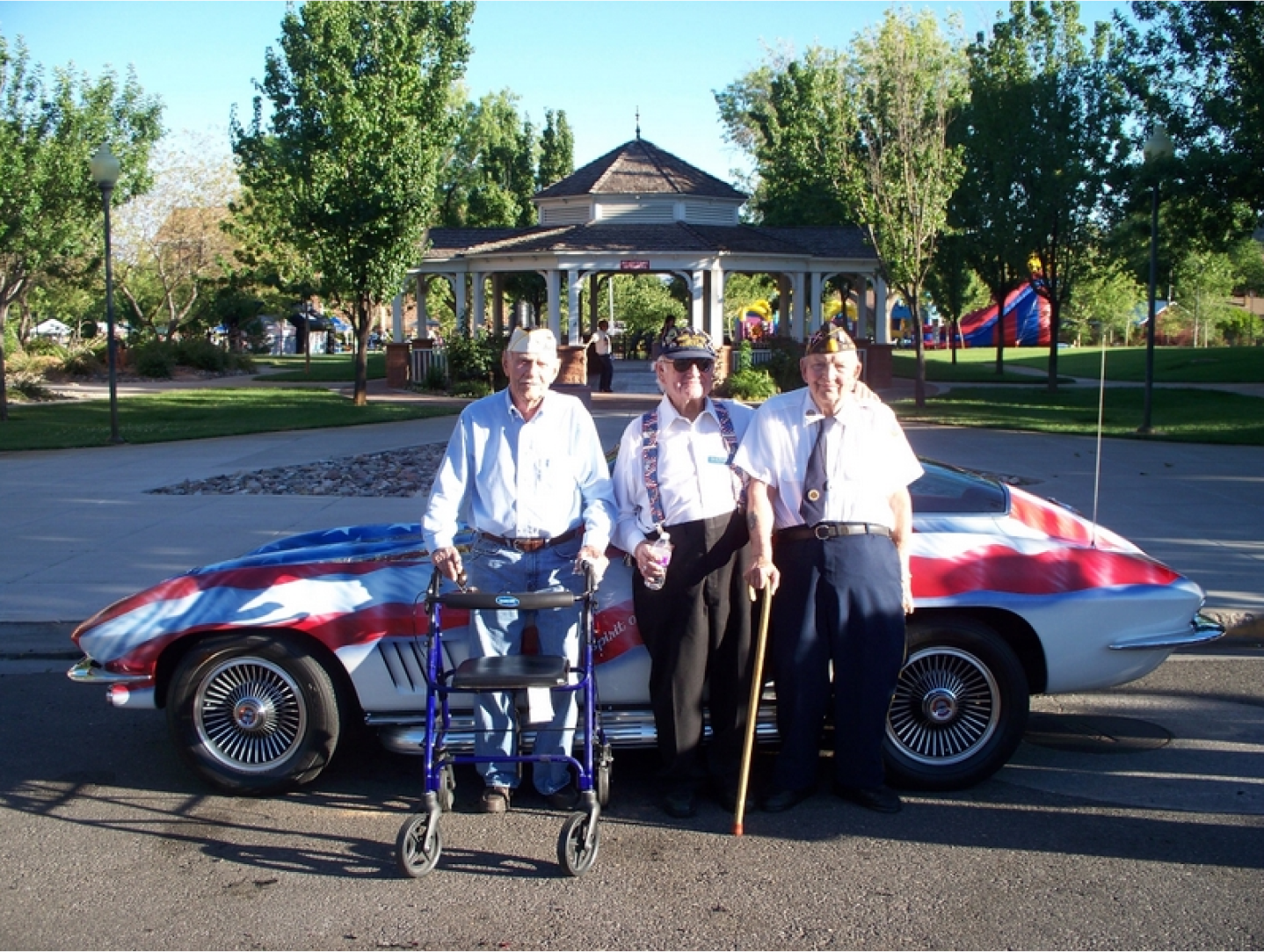 After many years the old“Vette”was ready for a complete frame off restoration.

The work began in 2014.  After everything was stripped from inside, the engine was removed and then the body taken off the frame. Every nut and bolt and all lines were replaced and all new rubber and upgraded suspension with heavier front and rear sway bars, better springs and shocks were added. The frame was blasted and epoxy coated. The interior got 2 types of sound deadening. It also got a new Bluetooth replica radio and custom hidden sound system. A very big decision was made when Nick located an original GM “427” engine in California and the casting numbers indicated it was built in 1967. Everyone must have had the same idea at the same time. Turn the “Spirit of America into a big block. This meant a lot more effort, changing fuel lines to suspension to a new hood and everything else. The original engine and transmission were stored, the Muncie 4 speed was replaced by a Tremec 5-speed. The original power steering unit was replaced with a Borgeson unit for better steering. All new date coded tinted glass added and it maintained the factory AC.

Michelin tires were supplied by Discount Tire and red lined by Diamond Tire company. After Mark painted the car white, we loaded it into his enclosed trailer and headed for Anaheim California to drop it off to Ryno Templeton, owner of www.blast-of-air.com for a brand new hand airbrushed American flag.  The Corvette was finished in 2016 just in time to be taken to the SEMA show in Las Vegas.

After a 2 year frame off restoration we were lucky enough to be invited to the 50th Anniversary of SEMA in Las Vegas.The "Spirit of America" was sponsored by House of Kolor paint

Back to Top of Page 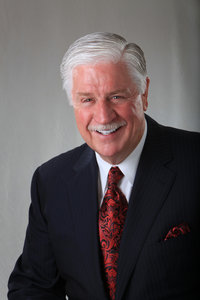 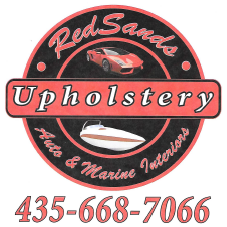